Both of my parents were born to Catholic families in a time when birth control was neither reliable nor encouraged. As a consequence, my father was the eldest of eight and my mother was the youngest of ten. 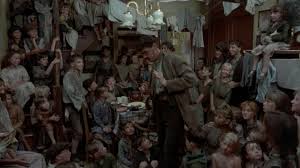 I don’t know how many cousins I have. I think I’m the fifth eldest of nineteen on one side and the thirty-ninth eldest of about forty-six on the other. So I’ve had about sixty-five first cousins, give or take a handful. Of course many, many members of my family have died over the years but if you add up all of my uncles and aunts, my cousins and their spouses and their children, we would number in the hundreds. All from my four grandparents.

Many of my cousins are grandparents themselves now and I’ve met some of their grandchildren. And I did know one of my great-grandmothers. So I’ve had a living connection to six generations of my family, whose birth dates span about 120 years.

I can’t pretend to know all of these people who are my fairly close blood relations. After all, we could fill a couple sections at a hockey game. But of the ones I do know, I’m able to infer a few things.

Most of us grew up identifying as Catholic. Some remain devout, others might call themselves lapsed and others are agnostics or atheists. Most of us grew up in English households but for some of us, French is our mother-tongue. We were uniformly white at one time but judging by Facebook pictures, I don’t think that’s the case anymore.

Some of us are very conservative, some very liberal and most probably don’t give it much thought. I have gay cousins and straight cousins and some who might not identify either way.

I have been to more funerals than I can remember. There have been more divorces than I can count and more cancer than I want to think about. We have our alcoholics and drug addicts and those struggling with depression or many other physical diseases and challenges I may not even be aware of. There have been unspeakable tragedies to go along with the many successes and triumphs. That’s the price you pay for having so much family.

I know I have a few wealthy relatives and some who have done very well but for the most part, most of us have lived comparatively modest lives.

My cousins seem to be generally good and friendly people and while I’m sure there are many I would not necessarily choose as friends, of the ones I know, I haven’t really come across anyone I didn’t like.

I’ve watched cousins argue political or social points of view with each other on social media and they always seem to be respectful with one another even if they hold diametrically opposed viewpoints. I wonder if knowing they are blood relations causes them to be more civil than they might otherwise be with strangers? Even though they are practically strangers themselves. Just because their mothers or fathers once shared a bedroom seventy or eighty years ago.

There have been about one hundred generations in the last two thousand years. For me to have some direct connection to six generations seems like a pretty high percentage. I try to remember this when I find myself frustrated with people who seem to have nothing in common with me, who can infuriate me. People who hold thoughts and perspectives that feel alien or asinine to me. Because I have family members who likely feel the same way about me.

But if I’ve personally known six generations of my own family, (and I can really trace about nine), how distant and separated can anyone else, any stranger, really be from me? After all, I know for a fact that I’ve walked downtown streets and crossed paths with cousins who I didn’t even know.

And so I’ve come to believe that we’re all really kind of cousins. Distant cousins, maybe. It’s just that sometimes we have to climb a little higher on the family tree to find our common branches.