The Ship of Theseus is one of the older and more enduring philosophical paradoxes. I heard about it thirty-five years ago and it has stayed with me since. The gist of it is that the ancient ship of the hero Theseus is presented as an historic piece for all to see, but as the boat’s pieces begin to deteriorate over the years, they are gradually replaced, one by one. The boat never changes visually and the transformation is so imperceptible that one would not know  when every original piece had been replaced. So the question is, is the restored ship the original ship? Or if the pieces that were replaced were to be reassembled, would that then be the original ship? 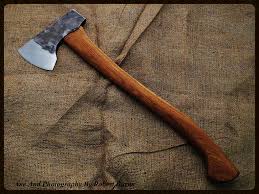 The most simple version of this I’ve heard is about an axe. If an axe handle is damaged and is then replaced, will it remain the same axe? What then if the blade is replaced sometime later? Will it still be the same axe?

This puzzle has stayed with me because it has every day applications, both trivial and important.

My house will be undergoing a significant renovation and some rooms will have everything replaced. Are they the same rooms? If each piece of a house is changed, is it a new house? Or if the house is defined by the people who live in it and the memories created there, (the house as the body and the people and memories as the soul) what happens when the house is sold and the keepsakes and furniture change?

Similarly, I’ve been told every cell in a person’s body regenerates or dies over a period of years so eventually there is no single physical aspect of a person that remains the same. Is it the same person? What of memory and thought and experiences and personality? I think it’s easy to argue that all of those things change over the years. Or if you argue for the idea that the soul remains, does a soul evolve or does it remain static?

Every election cycle, we are asked to vote about what kind of society we want to live in now and in the future. As a group, we change slowly and imperceptibly. We are born and we die and after some time, each of us will eventually be replaced. But what makes us the same as the group that came before us? The laws change or are tweaked, our values and perceptions are malleable and our memories most certainly are not the same. Perhaps this is where the soul metaphor is interesting. So what is the soul of a people or a province or a nation?

But we’re each only small planks or cleats or the small threads of a sail on a very large ship. And when we are eventually and inevitably gone, the ship will remain. But unlike the parts of the Ship of Theseus, we are able to help determine what the ship will look like in the future. Whether it will sail smoothly or whether it will eventually sink.

This is the curse and the burden of an old philosophy student the day before an election. 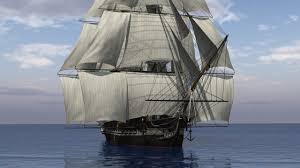