I got up this morning just before six. I didn’t have anything pressing to do and there wasn’t anywhere I was planning to go. I didn’t go to bed particularly early, maybe one a.m., but after about four or five hours, it felt like it was time to get up. I wanted to see the sun rise.

It occurred to me that there must be a word I’m unfamiliar with for the moment just before first light. Not dawn and not sunrise or any of the other common phrases I’ve heard before, but something antiquated and more poetic. A word for those few seconds that humankind has been experiencing from time immemorial. But I didn’t really want to look it up, perhaps jeopardizing the mystery of the moment. I thought that it might add to the experience somehow if I didn’t know a word to describe it.

My curiosity got the better of me eventually and I did start looking for a word that might be fitting but I didn’t have any luck. At least I didn’t find what I thought I was looking for. However, I did come across a phrase that I do like. First blush. I think that sounds kind of pretty and it just about describes things perfectly. I’ll try to remember that one for next time.

The sun is up now and and my street is quiet through the kitchen window. It’s the first of April, Easter Sunday, and the only thing to be seen or heard is the wind. I have lots to do today and likely not enough time to do it but I’m not ready to start quite yet. I won’t turn on the television for a while. The world won’t go anywhere in the next few hours and all of its problems and stresses will still be there when I choose to re-visit them. I haven’t put on any music either. Music has always felt more fitting for later on Sunday morning and the quiet of the early hours will cede to the sounds of the later day soon enough.

My wife is still sleeping. I like being the only one awake sometimes. There’s a kind of privilege that comes with solitude. There’s a connectedness, a serenity that’s found just below the din. It’s not so much peace and quiet as it is peace in the quiet. 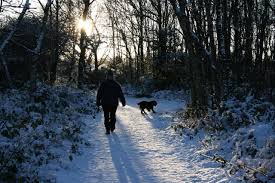 I just saw my first dog-walker and I’m certain there are young children nearby still in their pajamas who are already tearing through their homes searching for the chocolate treasures left for them. There will be families heading to church before too long and later in the day some of them will gather around large and loud tables, celebrating re-birth. For my wife, the return of sunshine alone is a cause for celebration. For others, being able to recharge on a long weekend is sufficient reason to embrace this day. As for me, I think once I’ve had enough quiet this morning, I’ll put on a little music and then later on, maybe I’ll listen to a baseball game on the radio. It’s the surest sign of spring in my small corner of the world.

In the meantime, I’m going to have another cup of coffee and savour these last few minutes of my own company. I think this has become my new favourite time of day. Early morning. Peace in the quiet. At first blush. 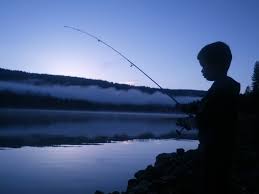