Four years ago, on May 27th, I received an unexpected call from the hospital informing me that my mother had been admitted with something that seemed like pneumonia. She had been a smoker and had C.O.P.D. so I wasn’t too surprised that she had respiratory problems but I didn’t expect that she was in need of hospital care. Perhaps I should have suspected something was wrong when a few weeks earlier she declined my usual invitation for a restaurant meal on Mother’s Day. She wasn’t up to it, she said. She died fifty-four days later. I don’t think I’ve answered my phone casually since. Every unanticipated ring gives me pause.

In my neighbourhood, very near to where I grew up, the public school I attended hosts something called the May Fair. It’s a community fundraiser that includes a bake sale, a book sale, face-painting, and all of the things that seven year old kids like. My wife and I went today and I was afforded the opportunity to walk the halls of the primary school I attended from 1974 to 1977. I strode the floor of the gymnasium that was the site of my greatest floor hockey exploits. I guarded the street corner in front of the school where I’d once been a school patrol and judiciously cautioned my wife to walk within the crosswalk lines.

And as I stood outside my grade three classroom, where I had once waited anxiously with two other classmates to find out who would play Charlie Brown in the Christmas pageant, I was reminded of my classmate Brad, who was a Jehovah’s Witness, who would have to leave that very same classroom each day when the rest of us spent most of the month preparing for the Christmas pageant. He was a nine year-old who read quietly in the library while his classmates were enjoying their favourite time of the school year. Something about it still bothers me. 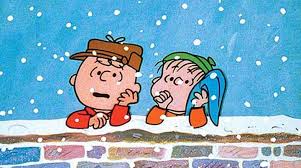 A fifty-nine year old woman was sexually assaulted and beaten to death in downtown Ottawa the other day. She was a volunteer in a library. She woke up that morning and went to work like it was any other day. Her name was Elisabeth. I lost a friend under similar circumstances about twenty years ago. Her name was Michele. My wife works in the same building where the poor woman was killed this week. It could have been Valerie.

I’ve been given about a dozen books written by or written about Winston Churchill. They were once my father’s. I’m not sure he read any of them but friends and family used to give them to him as gifts because they knew how much he admired Churchill. My father was born in 1940, when the world was on fire, and some of the people he admired most in his lifetime were directly involved in events that altered the course of world history. I would like to sell these books, not for the money, but because someone might be excited about finding one of them. And it would give my father pleasure if he knew one of his books enlightened someone of a younger generation about the sacrifices of those whom he revered.

Last weekend in Canada, there was a thirty-five year old armed forces veteran who enjoyed a BBQ with his friends and family for the Victoria Day long weekend. That former soldier is alive today because in 2003 the Canadian government resisted the request by the American government to participate in the invasion of Iraq. The opposition party, had they been in power, would have joined the war.

This weekend in the United States of America, there are thousands of families who are commemorating the sacrifice of loved ones who were lost in that very same war. Two years earlier, the Supreme Court decided the election 5-4 in favour of George Bush. A one vote margin by a group of nine political appointees may have resulted in a million people dying needlessly.

So as May ends and June arrives, I think of my mother and how precious and tenuous our most cherished relationships can be.

I think of the randomness and cruelty of fate. When we wake up in the morning, there’s no telling what our lives will be like when we go to bed.

And I like the idea that my father valued books he never read.  He valued them because he valued the people who lived on their pages.

Everything counts in large amounts.