My wife’s parents lived in a senior’s residence for a little over a year near the end of their lives. When we would visit them in Toronto, we spent as much time with them as we could and that involved us joining them for meals in their residential dining room. It was a fairly posh place as these things go and one of the little touches provided each day was a single sheet printout on every dining table titled, “On This Day”. It typically included a few historical factoids or points of trivia about the current day such as an old-timey celebrity birth or a significant milestone. Maybe insulin had been discovered or a dirigible had crashed. The four of us would go through the sheet together as we awaited our meal, reading it aloud as a means of kicking off the conversation. I was always thankful for this little exercise because my in-laws were suffering from degrees of dementia and banter didn’t always come easily.

I like this kind of trivia and sometimes when I’m bored I’ll give Wikipedia a quick search to see what anniversary might be occurring today unbeknownst to me. 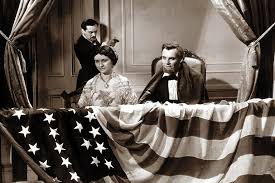 On this day in 1865, Abraham Lincoln was assassinated, just four days after the Confederacy surrendered, ending the Civil War. Only four days after he had given a speech extolling the virtues of voting rights for Black citizens. Most Americans mourned his death, many cheered, and the Civil War has been re-fought in one way or another every day in the hundred and fifty-two years since. 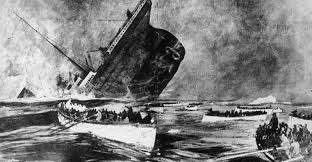 On this day in 1912, the Titanic went down. It must have seemed like the story of the year at the time and the fact that it’s remembered over a hundred years later and that the sinking of the boat has become a common point of reference to describe just about any major calamity re-enforces the enduring nature of the story.

On this day in 1947, Jackie Robinson became the first black man to play major league baseball in the modern era. At the time, Martin Luther King Jr. was still a junior in college, contemplating entering the ministry, the American army and American schools were still segregated, Emmett Till was a six year old living in Chicago and Rosa Parks was still riding on the back of the bus. It was likely the single most important sporting event of the twentieth century, a moment that transcended any numbers on any scoreboard. 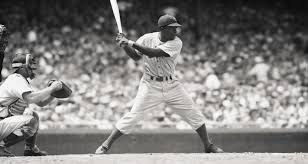 On this morning, today just looks like a blustery and generally unremarkable day in mid-April. It doesn’t seem like a day of any historical significance. But it’s still early yet. There may be bombs dropped today that change lives that may one day change the world. There may be an unjust murder that sparks a social protest that evolves into a political movement. Perhaps a child born today will one day find a cure for a seemingly incurable disease. Or become a great leader who will help bring peace in our time to those who wouldn’t dream of the possibility. The importance of this day may not be known or understood for decades.

Lincoln’s assassination, the sinking of the Titanic, Jackie Robinson’s historical achievement…three monumental events all on the same date, conceivably within one lifetime. It’s a helluva day. It leads me to wonder what some future version of my family will be learning about on this date as they gather around the dinner table. I like to think it will be something that will make them reflect with gratitude and wonder rather than with sadness and disbelief. I may never know, but someone will. Only time can tell. And it always does. 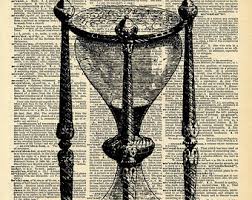